The three majors, BTC, ETH, and XRP, played to the technical indicators like maestros, holding essential support at the most crucial moments and proving that technicals have a role in assessing the state and direction of individual cryptocurrencies.

At Sunday’s low, BTC had lost almost 30% from the April high and closed the week with the second-largest weekly loss since the March meltdown in 2020, the other being in February of this year. The low harmonized with the junction of the March 25 low at $50,305 and the 100-day SMA at $49,500. In parallel, the force of the sell-off drove the flagship cryptocurrency to the most oversold reading on the daily Relative Strength Index (RSI) since the March 2020 low. Hence, resetting it to pursue fresh highs and shaking off the bearish momentum divergence that cast a shadow since February.

Was it a dead-cat bounce? A natural question and relevant in the coming days, particularly if a continuation of the rally stalls around the current price. A failure to ignite has to prompt speculators to define the intersection of the March 25 low and the 100-day SMA as critical support. Any failure at that level exposes BTC to a quick decline to the convergence of the February low at $43,016 with the January high at $41,986 and the 38% retracement of the rally since the March 2020 low at $41,581.

Since the end of March, ETH has not closed one week with a loss. A noteworthy technical achievement considering the magnitude of the losses incurred by most of the altcoins. In fact, the smart contracts token has a printed an all-time high each week during that time.

Moving forward, ETH has no resistance of note until the confluence of the 161.8% extension of the March 22-23 sell-off at $3,008 with the psychologically important $3,000. Considerable resistance emerges at the cluster of 261.8% extensions related to the 2018 bear market, the February crash, the March decline, and the April decline. The range is from $3,252 to $3,587. 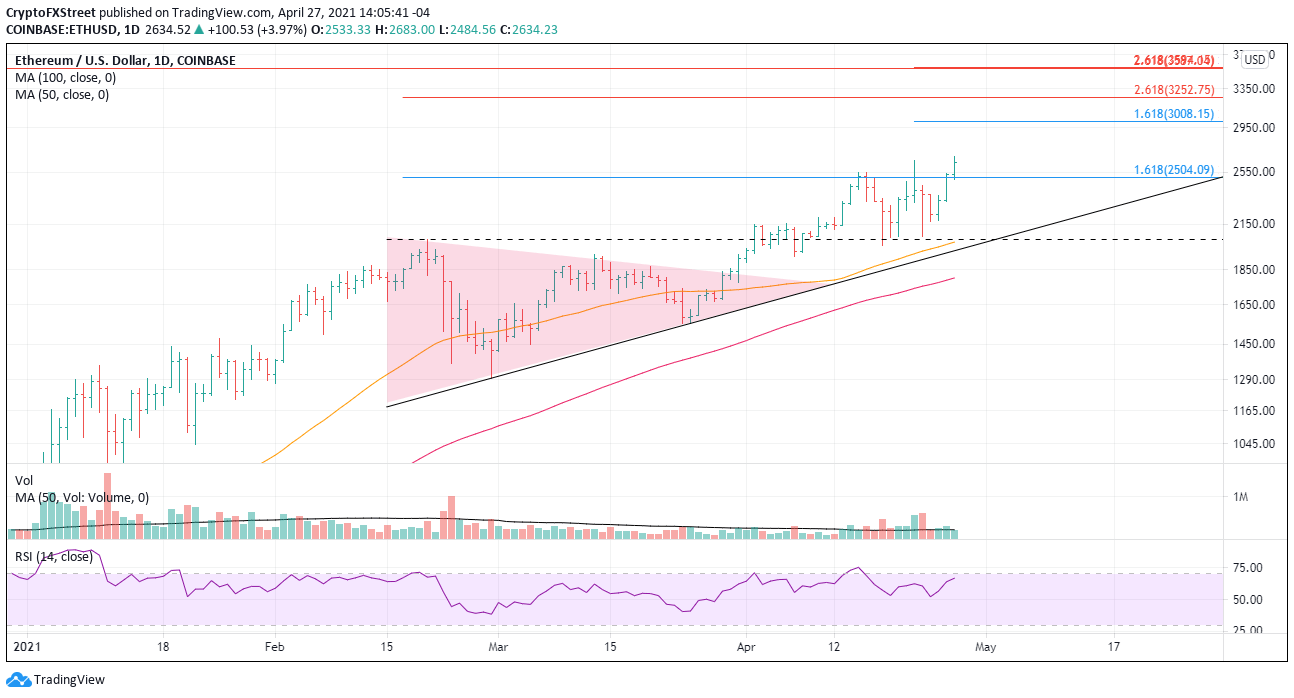 Ripple price gain casts shade over most of the cryptocurrency complex

Last week XRP closed down 26.41%, the largest weekly loss since the SEC charged crash in December 2020 of 49%. It yielded a total decline of 55% for the international settlements token from the April high. 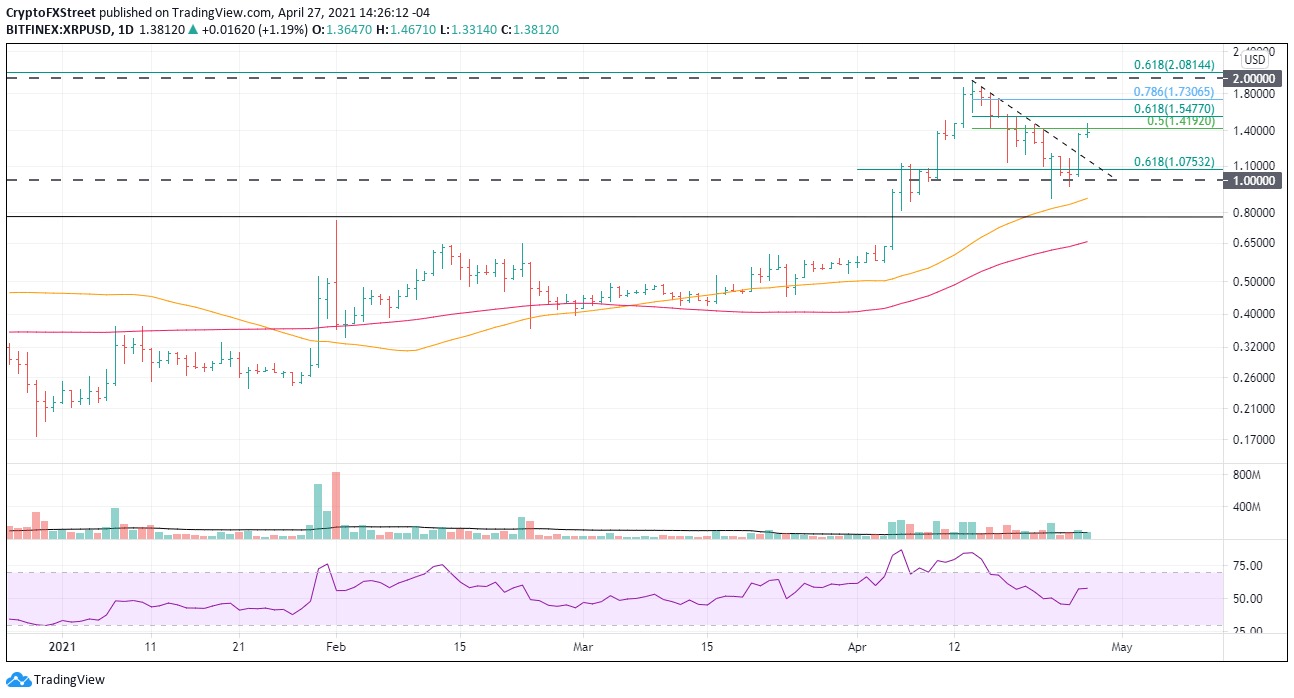 The path for Ripple is more complicated than most cryptocurrencies at the moment, with the overhang of the SEC case against key executives headlining media reports regularly. A positive outlook will remain the best approach unless the descending trendline from the April high at $1.15 fails. After that, the big $1 is the final arbitrator over whether XRP heads to $0.80 or not.